Victorian Cycling Poetry
The Verbal Manifestation of the Art, Culture,
and Heart of the Cycling Boom of the "Gay 90's". 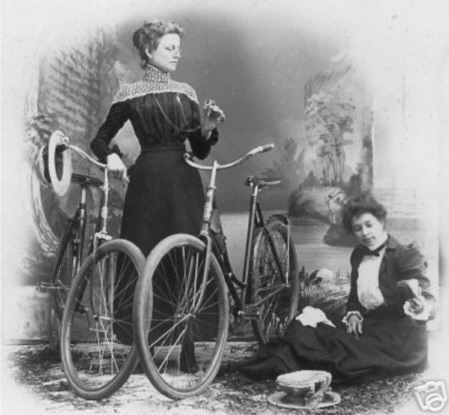 With the arrival of the Bicycle Boom of the 1890s – “The Gay 90’s” there was a real bloom in the arts which associated itself with the Bicycle. Why is this? Well, there are at least 3 reasons:

With the love which participants develop (and it is Love) for the Bicycle, combined with their literary propensities and inspiration, it is natural that they would write poetry about their cycles and cycling.

Of the Thousands of Published Victorian Cycling poems, there are clear sub topics or Genres. From my Research, I find the following Sub-genres which:

Here are readings of samples of some